This New York style Keto Raspberry Cheesecake is a low carb take on a classic dessert.  And each slice has just 4g net carbs. 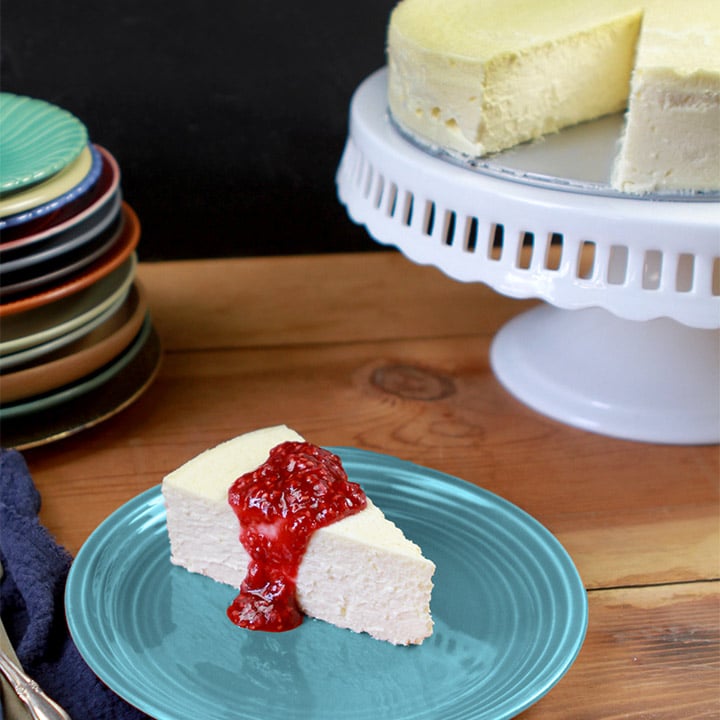 Today I we’re making just such a cheesecake, so naturally, I’ve had the Golden Girls on my mind.  There was nothing those irascible seniors liked more than a midnight cheesecake session.  My sister and niece are also Golden Girls fanatics, so imagine my excitement when I found the perfect Christmas gift for them.  Turns out you can buy chia pets in the shape of Sophia Petrillo.  Christmas shopping, done.

But let’s talk about Keto Raspberry Cheesecake, which is unlike anything the Golden Girls ever ate.

What makes this particular version of New York style cheesecake special is its low carb count.

When you swap out sugar-free sweetener for sugar, each slice of this raspberry cheesecake has just 4g net carbs.  Compare that to a slice of regular sugary cheesecake that has 70g net carbs, and this low carb version comes out the winner every time.  And you really can't tell the different between the too. 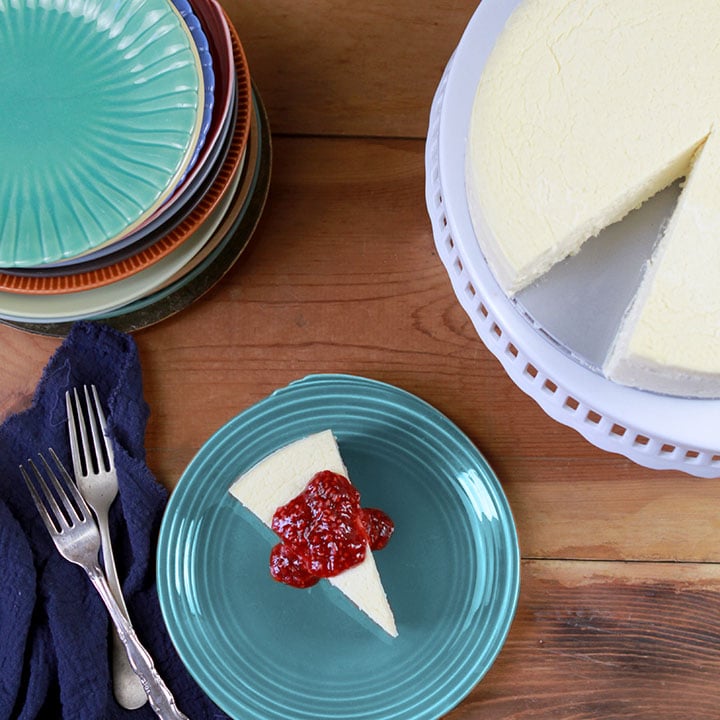 The only thing I need to warn you about, is that this recipe takes a very long time to make.

It’s 9 hours from start to finish, because you need to allow the cheesecake to gradually cool to room temperature.  This takes 5 hours.  Then you've got to chill it in the fridge for another 4 hours.  So you are looking at a 9 hour slog.  But think of it this way: that’s enough time to watch 18 episodes of the Golden Girls. 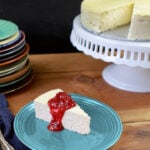 This New York style Keto Raspberry Cheesecake is a low carb take on a classic dessert.  And each slice has just 4g net carbs.

½ to ¾ cup Swerve or equivalent granulated sweetener, as desired

You should store the raspberry sauce separately from the cheesecake, and then pour it on right as you serve each piece.

IF YOU LIKED THIS LOW CARB CHEESECAKE, THEN YOU MIGHT LIKE MY RECIPES FOR RASPBERRY SWIRL MINI CHEESECAKES, CHOCOLATE CHEESECAKE OR ORANGE CREAMSICLE CHEESECAKE. 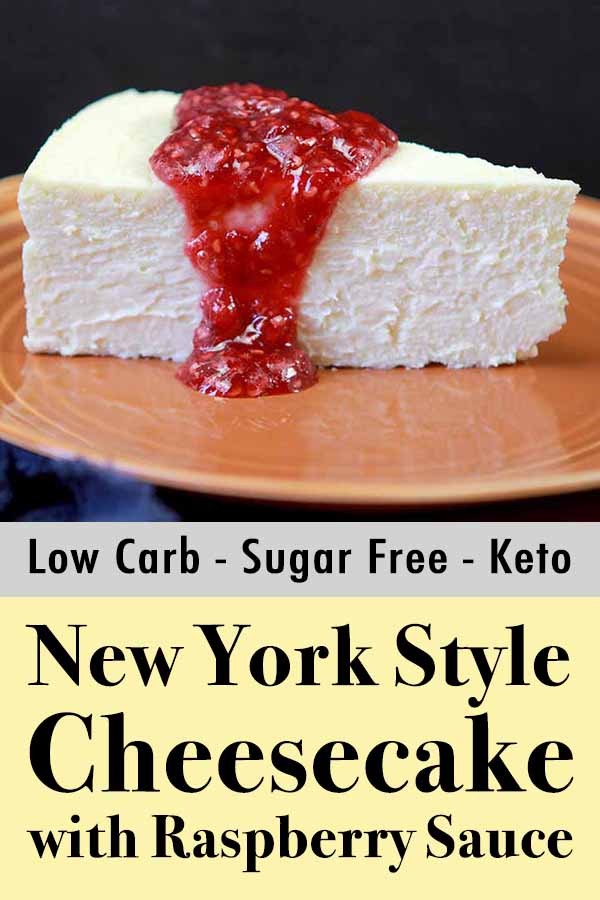