In about 10 minutes, you can make the best batch of Keto French Toast you ever had.  It'll be just like the regular version with a creamy custard center and a crispy golden exterior.  But our quick and easy low carb version has just 2g net carbs.

"Greatest French toast you ever tasted!  Now, naturally, you're gonna have to multiply the ingredients.  I only know how to make enough for me and Dad." Hawkeye from M*A*S*H

I can't make French toast without thinking about this scene from M*A*S*H that I watched as a kid.  (Why a 10-year-old wanted to watch a gritty field hospital drama set in the Korean War is a question for another day.).  Hawkeye is put in charge of the mess hall and is waxing poetic about the French toast of his youth.  Meanwhile, the cook is pretending to listen as he pours powdered ingredients into this giant industrial-sized vat.  And that's how I remember how to make French toast: it's the list of ingredients that Hawkeye gives that surly mess hall cook.

The brain is a funny instrument, isn't it?

Today I'm going to show you how to make Keto French Toast, and there will be no artificial powdered ingredients involved at all.  We'll use real eggs and cream.  And unlike other Keto recipes, you won't need to make your own low carb bread out of almond and coconut flour, and who knows what all.  There are no "egg loaves" involved, thank heavens.

First, you'll need to procure yourself a loaf of Keto-friendly bread.  Some great zero and low carb options are available on Amazon now, and you can even find it at Aldi.

In addition to the Keto bread of your choice, you'll need:

Store leftovers in an airtight container or ziplock bag in the refrigerator for 3-4 days or in the freezer for 2-3 months.  Separate the slices of bread with parchment paper.  It can be meal prepped for easy Keto breakfasts.  Just microwave for 20-30 seconds or fry on the stovetop to reheat.

According to the USDA, 2 slices of traditional French toast contain 32g of carbohydrate.  And that's before the maple syrup!  So the classic recipe is not Keto, but if you use Keto bread, then it will be because the remaining ingredients are naturally low in carbs.

Can you make French toast with Keto bread?

Sure, any kind of Keto bread will work in this breakfast recipe.  You can make your own low carb bread, or buy it at the store or on Amazon.

Keto bread can have zero "net carbs", but the total carb count is not really zero.  We get the "net carb" amount by subtracting the fiber content from the total amount of carbohydrates.  That's because your body doesn't process fiber or get any energy from it.  So while some low carb loaves of bread may have the same amount of carbs as traditional bread, if it has high enough fiber content, then it can be considered Keto.

And that's about all I've got, French Toast-wise.

Soon you'll be enjoying a slice of Keto French Toast that is custardy in the center and golden brown on the exterior.  It's bready and ready in 10 minutes.  It'll have just 2g net carbs per two-slice serving and taste like a million bucks.

Just like the French toast Hawkeye's Dad used to make.

In about 10 minutes, you can make the greatest Keto French Toast you ever had.

Step 1.  Purchase or make some low carb bread and set aside 4 slices.  If making Keto French Toast sticks, cut each slice of bread into 3 pieces.

Step 2.  Whisk together the egg, cinnamon, and brown sugar substitute in a large shallow bowl.  This will suspend the dry ingredients in the eggs evenly and avoid clumps.  Stir in heavy whipping cream and vanilla extract. 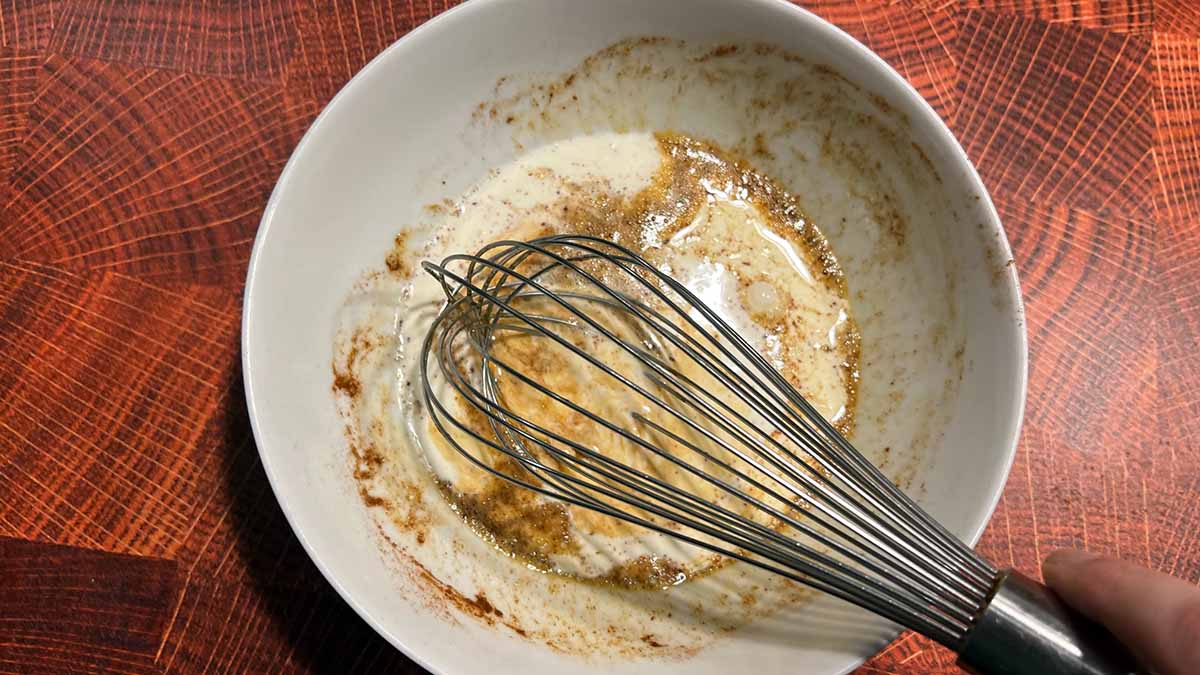 Step 3.  Add butter to a non-stick skillet over Medium heat. 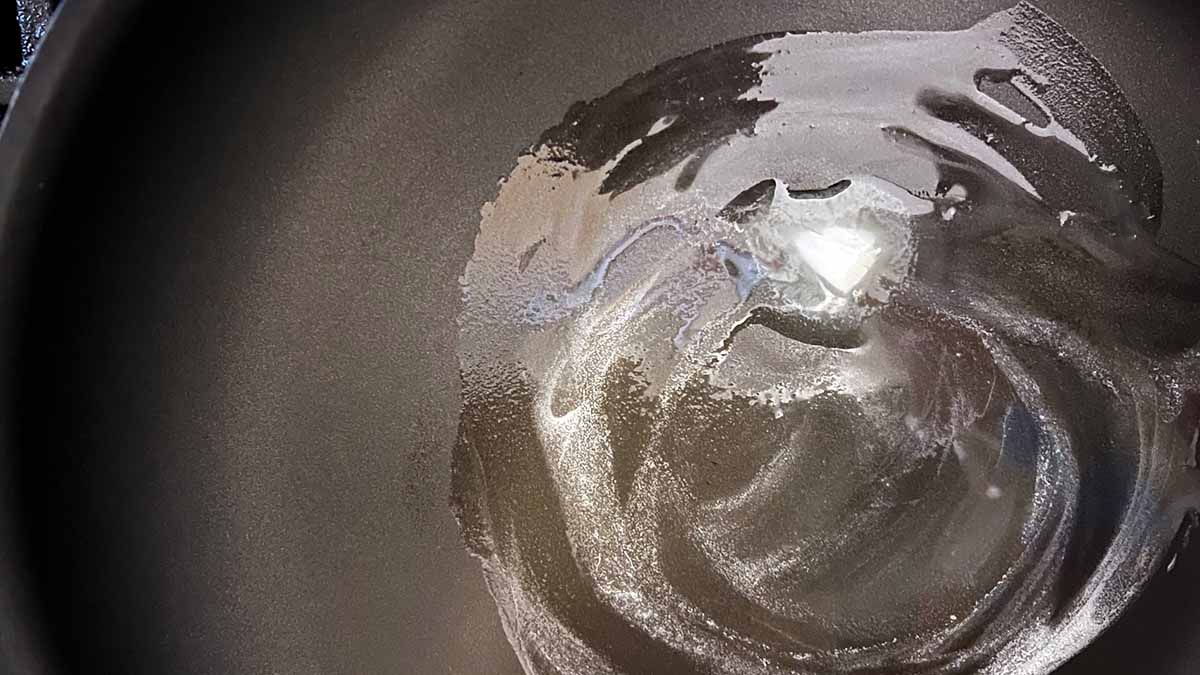 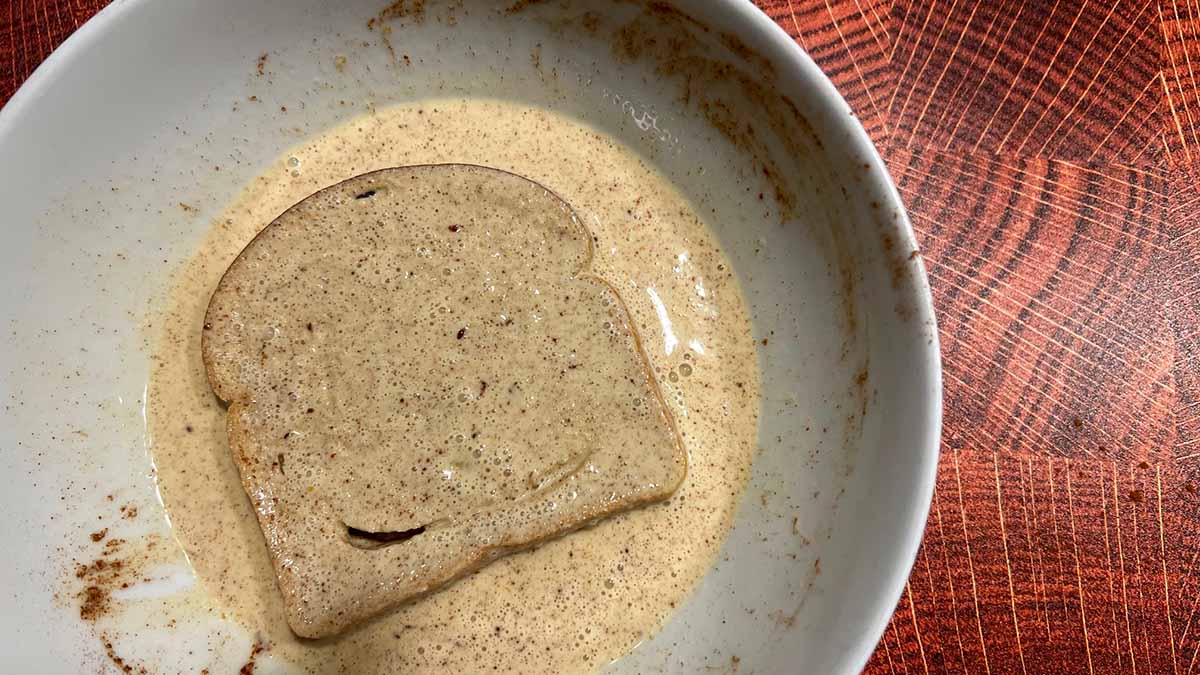 Step 5.  Fry the bread in the butter until golden brown, about 2 minutes per side. 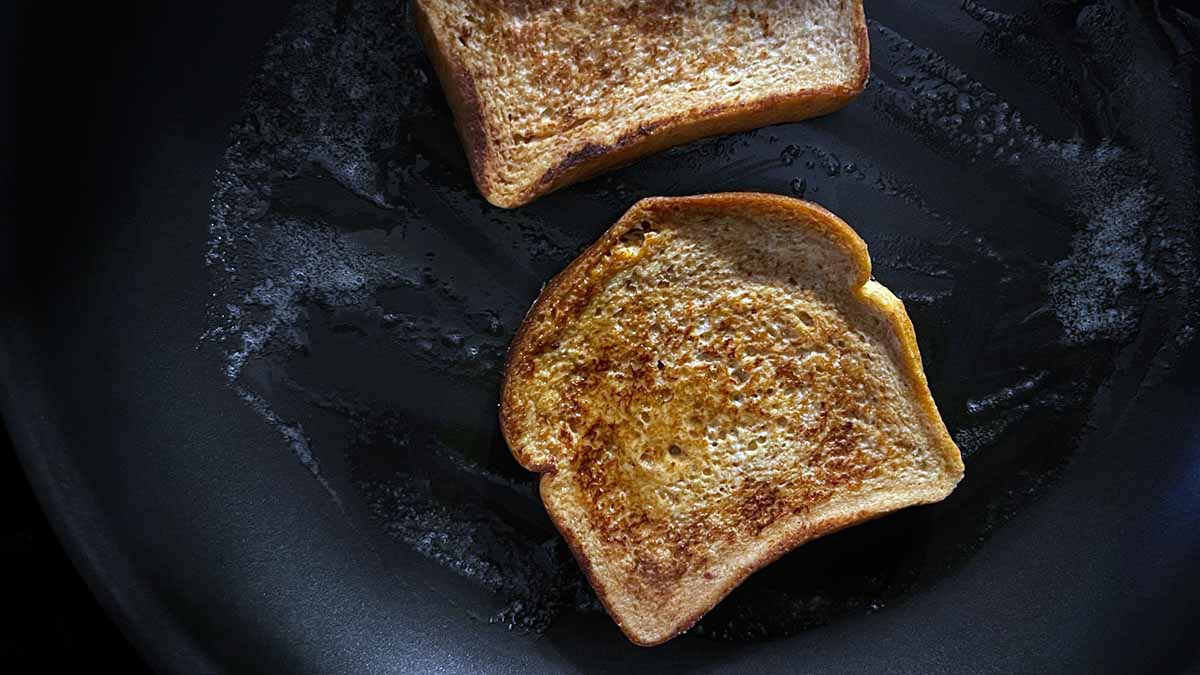 Store leftovers in an airtight container or ziplock bag in the refrigerator for  3-4 days or in the freezer for 2-3 months.  Microwave the slices of Keto French Toast for 20-30 seconds or fry on the stovetop to reheat.