These Mio Jello Whips are easy to make and tasty to eat. And each custard cup has just 60 calories and 2g net carbs.

Not to crow or anything 😏

But I am kind of a big deal in the Sugar-Free Jello community.  Go ahead, Google me.  If you do a search for “Keto Jello” my recipe for Creamy Jello Whips is the first thing you’ll see.

But being the Queen of Jello has its drawbacks.

I get a lot of very kittenish comments from the Keto Police about the Keto friendliness of Sugar-Free Jello.  It contains a tiny amount of Maltodextrin, which can give some people a belly ache.  (And they certainly do enjoy belly-aching, so that actually checks out.)

I’ve never experienced any gastric distress when I ate Jello, but whatever. People can get quite salty about it.  Mark my words though, those mean comments will end today, my low carb friends.

They will end right now. 😒

That is because I have been tinkering the heck out of the recipe.  And the hard work paid off!  I was able to take my recipe for Keto Jello Whips and reconfigure it in a way that didn’t involve the dreaded Sugar-Free Jello.  I used a mixture of unflavored gelatin, plain whole-milk Greek yogurt, and Mio Water Enhancer to make a batch of Mio Jello Whips that are legitimately Keto.

Yes, yes, a thousand times yes.  Mio is very Keto-friendly.  It is a zero-calorie, zero-carb flavoring that is usually sweetened with Sucralose.  And if you can’t bear to eat Sucralose, you can use their Black Raspberry or Tropical Cherry flavors, which are sweetened with Stevia.

So Mio is as Keto as they come.

You can make these Mio Jello Whips with any flavor that you like. 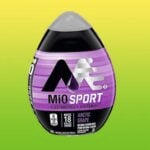 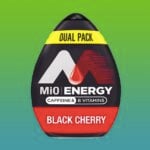 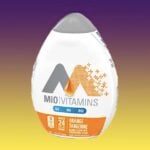 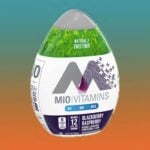 So in just about no time, you'll have a naturally sweetened sugar-free Mio Jello Whip with only 60 calories and 2g net carbs. I just have one request for all the Keto Karens out there. 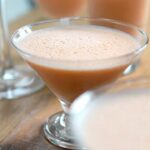 These Mio Jello Whips are the perfect way to beat the heat. And each custard cup has just 60 calories and 2g net carbs.

Step 1.  In a medium sized bowl, stir 1-2 envelopes of gelatin into cold water.  The more you use, the firmer your Jello Whip will be.  I recommend 1 ½ envelopes.  Allow gelatin to soften for 3 minutes.

Step 2.  Stir in boiling water and mix until gelatin has fully dissolved.

Step 4.  Fill a 1 cup measure to the top with ice.  Fill remainder of the measure with cold water.  Add to gelatin mixture and stir until ice is melted.

Step 5.  Add mixture and yogurt to a high powered blender and blend on High for 1 minute.

Step 6.  Pour into custard cups and chill for 1 hour until set.

Step 7.  Store in the refrigerator. 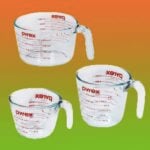 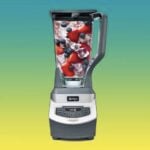 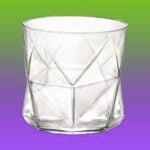